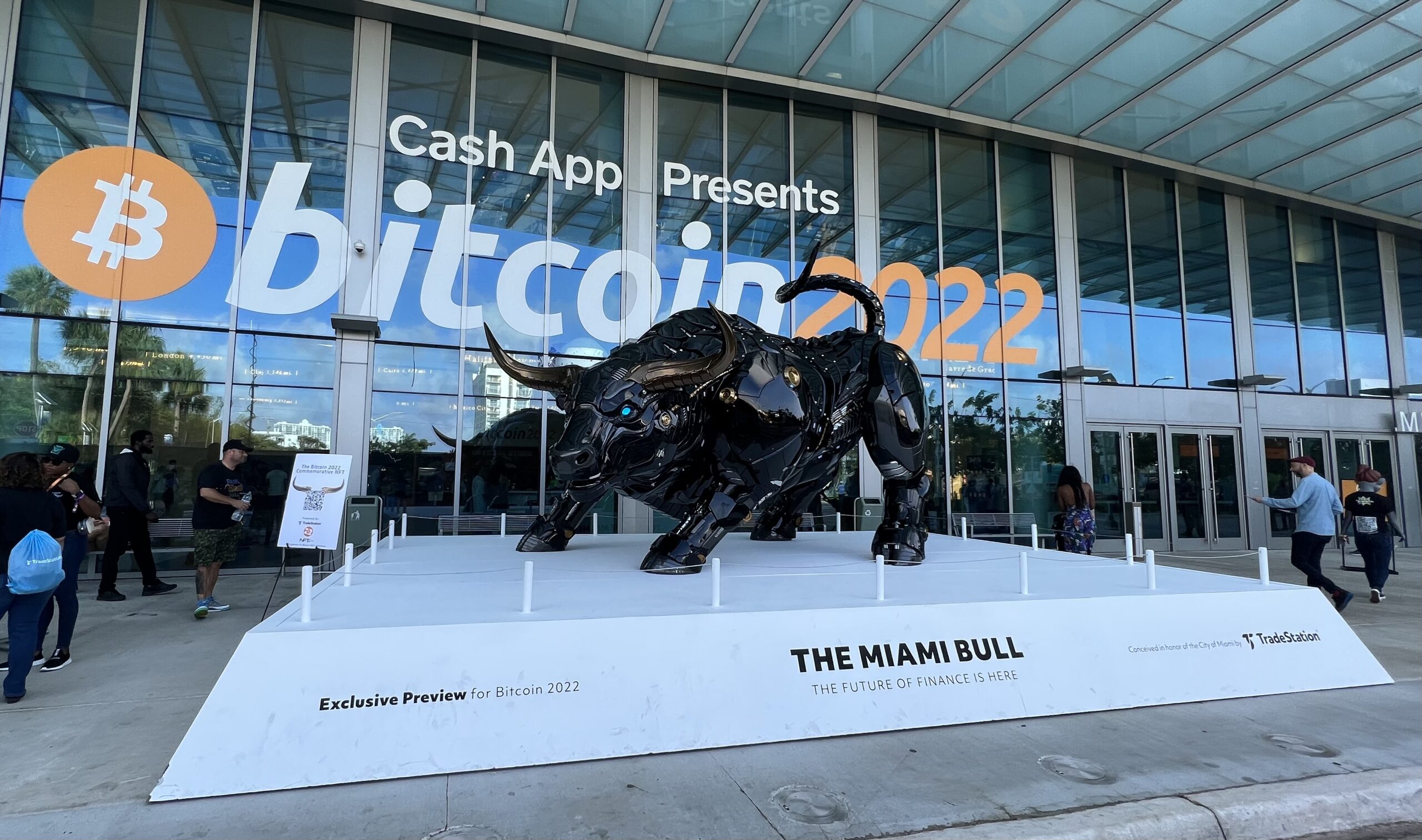 Bitcoin (BTC) has come a long way since an obscure and esoteric white paper written by Satoshi Nakamoto was first published 13 years ago. The Bitcoin 2022 conference, hosted by Bitcoin Magazine and sponsored by Cash App, was perhaps the largest single event for the BTC community as 30,000 attendees and exhibitors descended on Miami Beach, according to the Miami Herald.

Cointelegraph sent a contingency of journalists to experience the bullishness of Bitcoin 2022, a sentiment that was physically represented by a laser-eyed bull statue reminiscent of the Charging Bull on Wall Street in New York City. Along the way, they got to interview billionaires, hedge fund managers, business leaders and analysts about all things Bitcoin. Here were some of the notable themes from the event.

Bitcoin’s role as an inflation hedge is being put to the test as consumer prices continue to rise at the fastest clip in over four decades. But according to Morgan Creek Capital founder Mark Yusko, the problem isn’t inflation per se — it’s currency devaluation.

“This isn’t inflation. This is currency devaluation,” Yusko told Cointelegraph business editor Sam Bourgi in an exclusive interview, referring to the outcome of Federal Reserve policy. Although one BTC will always equal one BTC, its value in dollar terms may become less relevant over time as monetary policy continues to erode consumers’ and investors’ purchasing power.

After spending years talking about it, the digital asset industry has seen a tidal wave of institutional adoption over the past 12 months. This is not only reflected in the large capital inflows into institutional crypto funds and the rise of Bitcoin exchange-traded funds, but also in the green lighting of crypto investments from within legacy finance institutions.

“Mr. Wonderful” Kevin O’Leary explained last November that his cautious approach to crypto investing was due to his own compliance department telling him to back off. But that appears to have changed. Now, legacy finance is looking for exposure to digital assets, and not just via crypto proxy stocks.

In an interview with Cointelegraph at Bitcoin 2022, O’Leary gave the example of how a sovereign pension fund would approach crypto investing. In terms of limitations, “it’s completely regulatory,” he said, meaning that once such hurdles are cleared, it’s off to the races.

The topics of many panels related to sustainability and environmental, social and governance (ESG) standards when it came to Bitcoin mining. Cointelegraph spoke to Greg Beard, chief executive officer of Stronghold Digital Mining, a power plant that uses coal waste to generate electricity that powers Bitcoin mining supercomputers. He believes that Bitcoin’s “massive benefits for society dwarf any emissions concerns” and that powering the “largest decentralized computing network in the world” is not a risky endeavor.

When asked about renewable energy sources powering Bitcoin miners, he said that although wind and solar power grids are inevitably becoming widespread, they are the least reliable sources of energy and that he prefers nuclear energy. He added that in the United States, Bitcoin mining could be considered a spinning reserve, essentially a backup battery, that saves the country’s power grid during shortages while keeping prices down.

While many within the crypto community have tempered their expectations for Bitcoin’s price, the long-term view remains overwhelmingly bullish. Despite all that’s going on in the world, the Bitcoin network continues to produce block after block. And the newly mined Bitcoin is being gobbled up by whales, such as MicroStrategy, Luna Foundation Guard, PayPal and others.

2022 is the second year that the Bitcoin conference has taken place in Miami, relocating from its original home in Los Angeles in 2021. This move has only further cemented Miami’s transformation into a cryptocurrency hub, adding to its more common designation as the financial hub for Latin America.

As such, Cointelegraph made sure to talk to Sebastian Serrano, the chief operating officer of Ripio, one of the fastest growing crypto companies in Latin America to offer its own wallet, an exchange and an over-the-counter desk. According to Serrano, who admitted to once being a Bitcoin Maximalist, the Bitcoin community may be “too conservative” when it comes to innovation. However, he is a firm believer in Bitcoin’s potential to become a standard in the global financial and corporate economy. Noting differences between his consumers in different South American countries, he stated that Brazil is currently leading crypto ownership and adoption in LatAm.

With additional reporting by Sam Bourgi.