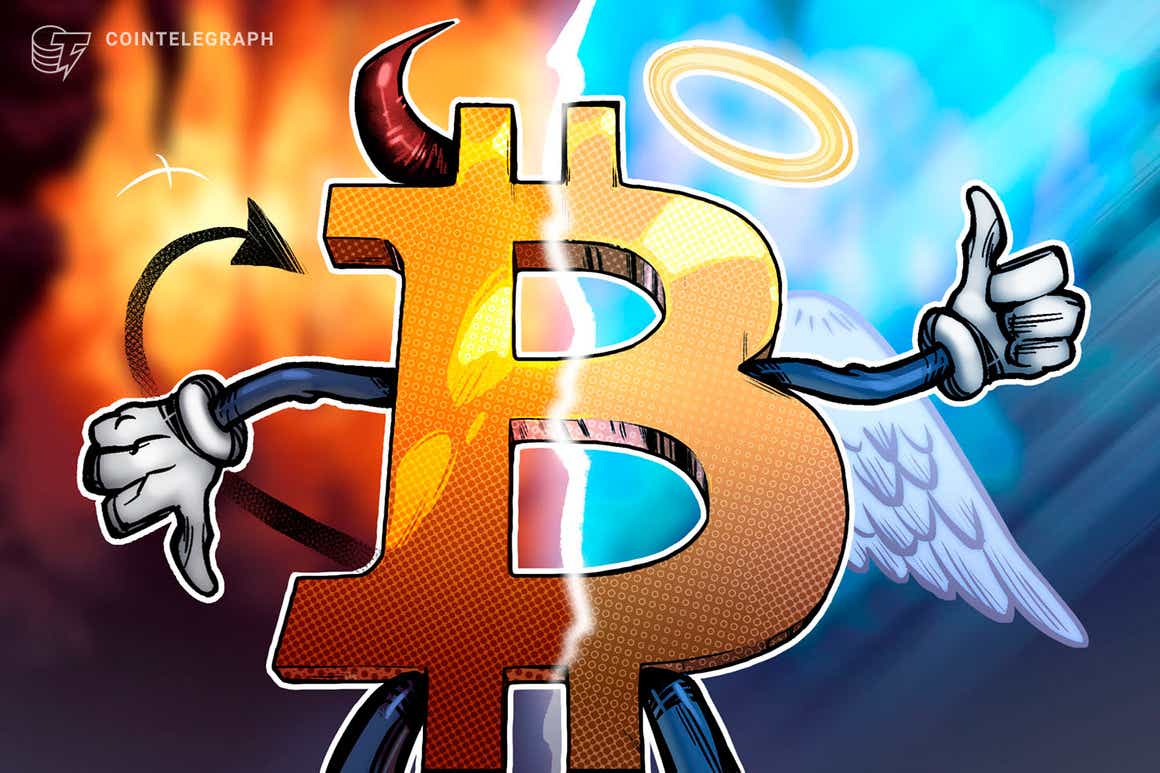 The Southern Poverty Law Center (SPLC) has released a report examining the extensive ties between the far right and Bitcoin, many of whom built fortunes in the cryptocurrency.

In a Dec. 9 Hatewatch report, the SPLC shared its findings on how right wing extremists and white supremacists, discuss and use cryptocurrencies claiming that many have amassed “tens of millions of dollars” from crypto donations.

The report How Cryptocurrency Revolutionized the White Supremacist Movement  identified and compiled over 600 cryptocurrency addresses associated with white supremacists and other prominent far-right extremists” to reach its conclusions.

One of the main claims it makes is that although less than one quarter of Americans own cryptocurrency:

“Hatewatch struggled to find any prominent player in the global far right who hasn’t yet embraced cryptocurrency to at least some degree.”

The most common reasons these individuals used cryptocurrency was because they were debanked or because they want to hide the their transactions.

Stefan Molyneaux, who is described by Wikipedia as a far-right white nationalist and white supremacist  has been accepting donations in Bitcoin for eight years. The SPLC noted that the first Bitcoin wallet that has been linked to Molyneaux dates back to Jan. 25, 2013 and that his followers have donated a total of 1250 Bitcoin since 2013.

Molyneaux has realized an estimated $3.28 million from $1.28 million in crypto donations. This is more than any other extremist studied for the SPLC report.

Greg Johnson, who goes by the pseudonym Karl Thorburn, has gained over $800,000 from crypto. Johnson is the founder of the controversial website CounterCurrents.

The site requests donations from his followers to be paid in 12 different cryptocurrencies and is currently trying to raise $200,000 goal to further its political ambitions.

Crypto critic and author David Gerard told the SPLC in an email that although at first glance the amount of money these extremists are making from crypto is alarming, it is not a reason to associate all cryptocurrency with their actions. He claimed:

“Bitcoin started in right-wing libertarianism… This is not at all the same as being a neo-Nazi subculture. That said, there’s a greater proportion of Nazis there than you’d expect just by chance, and the Bitcoin subculture really doesn’t bother kicking its Nazis out.”

While extensive, the SPLC report relies heavily on historical events and incidents that have been reported previously, such as extremist publication Daily Stormer citing in 2017 a Bitcoiner TV host’s views on the use of the cryptocurrency as a way to liberate its readers from what it sees as Jewish control of centralized banks.

It tied extremist Andrew “Weev” Auernheimer to the privacy coin Monero, which facilitates private, untraceable transactions better than Bitcoin, with a 2017 podcast when he said: “I hold a lot of Monero though. That’s my big thing now. I’m way into Monero. I hold a significant amount.”